Caregiving: Why you shouldn’t count on your family members to take care of you when you’re old 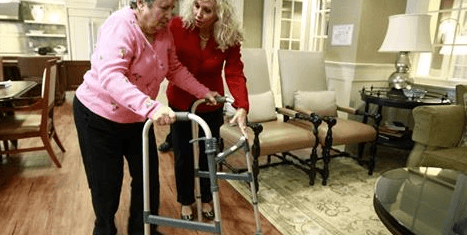 Americans are strongly underestimating their future needs for long-term care, a potentially costly oversight that could hurt them in their retirement years.

About 60 percent of adults between 40 and 65 years old don’t think they’ll need long-term care services, according to a new Health Affairs study. That’s much less than the 70 percent of people at least 65 years old who will need long-term care services at some point either in their home or at a facility, according to a widely cited earlier study from the Georgetown University Long-Term Care Financing Project. That includes 20 percent who will need between two to five years of long-term care and 20 percent who’ll need more than five years.

And the care could come at an extremely high cost. The national average annual rate for a private nursing home room is about $95,000, the average assisted living community costs $42,600, and the average hourly rate for home health aides is $21, according to the 2012 MetLife Market survey of long-term care costs.

A major reason people are too optimistic is that they think their families will take care of them. Almost 75 percent expect their families will provide long-term care, which was about seven times more than those expecting to need a home health agency, nursing facility or assisted living facility, according to the Health Affairs study, which analyzed responses from the 2012 National Health Interview Survey. People in the survey were asked to say who they expect would provide long-term care, even if they didn’t think they needed it.

However, about 37 percent of people over 65 will need at least some facility-based care and 42 percent will need some formal care at home, the earlier Georgetown study found.

The Health Affairs study also warned that the 29 percent of people ages 40-65 who live alone could have the greatest needs for long-term care. They had the worst health of any group in the survey, were much less likely to rely on family to provide care and had the greatest expectation of any group that they’d need to pay for long-term care services, according to the University of Minnesota researchers who authored the study.

Meanwhile, Medicare’s nursing home benefit is pretty limited, a surprise to those who may be counting on the seniors’ health care program to provide more comprehensive coverage. Medicaid covers a broader set of services, but the state-federal program for the poor and disabled has strict income and asset requirements.

Recent policy efforts to expand long-term care insurance access have been derailed by funding questions. The Obama administration more than three years ago abandoned the CLASS Act, a voluntary government-run long-term insurance program included in the Affordable Care Act, after determining that its financing wasn’t viable. The collapse of the CLASS Act, long predicted by Obamacare critics, was the brainchild of the late Sen. Ted Kennedy and the most ambitious attempt in decades to expand access to affordable long-term care.

In the aftermath of the CLASS Act fallout, Congress convened a special commission to consider other policy responses. The commission members had just a few months to meet and offer recommendations, but the politically divided panel couldn’t reach a consensus on the most contentious and important issue — how to finance a better long-term care system.

As for why there hasn’t been a more comprehensive policy response, SCAN Foundation president Bruce Chernof, who chaired the commission, offered this assessment at the time: “People see this as something you solve within your family,” he said after the commission’s September 2013 report. “They don’t normally think of this as an area that needs a public policy solution. The average American family thinks, ‘I’ll be the one taking care of Mom and Dad, or Grandpa and Grandma.’ The challenge is to rethink that conversation.”

Jason Millman covers all things health policy, with a focus on Obamacare implementation. He previously covered health policy for Politico.