Is Alzheimer’s Torturing Their Caregivers? 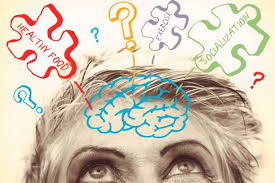 If I knew it was the Alzheimer’s why did I feel angry, bent out of shape, confused, and why couldn’t I get control of my feelings?

It was not like I wasn’t trying.Let me make this clear.I knew that millions of people around the world were having a similar experience to mine.I knew these hard to comprehend, hard to deal with behaviors were not unique to us.

In fact, I concluded just the opposite. That they were common and were to be expected. I knew they were going to happen any minute now.

I still felt angry, bent out of shape, and confused.

I still felt “bent out of shape”.

They changed when I stopped thinking about me,

and I starting thinking about how Dotty felt.

What was going on in her head?

Not the neurological disease, how was she thinking, how was she feeling? How was her own nuttiness impacting her?

On that day I entered Alzheimer’s World for the first time.

Once in, you start looking at things out of the eyes of the person living with dementia.

As soon as you do that something remarkable happens.What happens? All the stuff that is driving you crazy becomes the normal, the “norm”. The expected.

When you look at the behaviors and actions from the perspective of the person who is deeply forgetful, it doesn’t seem so bad anymore.

You see, Alzheimer’s is not about you, it is about the person living with dementia.

It’s not only about how you feel, its also about how they feel.

You can start out in Alzheimer’s world by asking yourself, Why? Why is the person who is deeply forgetful acting like this?Is there a reason?What can I do about it? How can I change what we are doing to improve our circumstance? Our lives.

To be honest, its kind of fascinating, interesting, and uplifting. On yeah, one more thing.

I started thinking about life again.
What is the Difference Between Alzheimer’s and Dementia

Bob DeMarco is the Founder and Editor of the Alzheimer’s Reading Room (ARR). Bob is a recognized influencer, speaker, and expert in the Alzheimer’s and Dementia Community Worldwide. The ARR Knowledge Base contains more than 4,000 articles. Bob lives in Delray Beach, FL.