Beyond Caregiving: Moving Through Grief to Gratitude 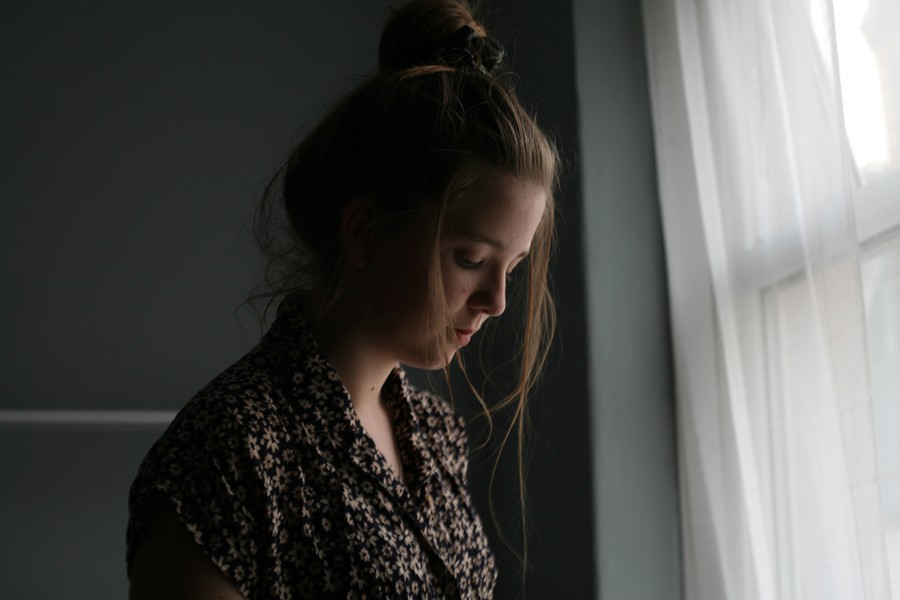 When a loved one dies, caregivers not only have to adjust to the loss of the person, but they also have to adjust to a life that is no longer centered on providing care. People sometimes have difficulty moving on because they feel like they have lost their purpose and identity.

The grief process for caregivers is complicated, and it’s important to understand that each person’s journey through it is unique. No two people will ever have exactly the same experience.

However, there are a few things that are true for every single person who loses someone they love:

If you are in emotional pain because you’ve lost someone you love, developing an “Attitude of Creative Indifference” could be helpful to you. It’s a process I witnessed my mother applying to her emotional stress over and over during the years she cared for my father after he suffered a debilitating stroke. There are three-steps:

Putting Those Steps Into Perspective

AWARE: When we are in the middle of intense emotional pain, it can be difficult to identify and separate all of the specific reasons we are upset. For some people, listing all of the issues and pouring out their feelings on paper can be amazingly cathartic.

Others who are going through caregiver grief may find more release and relief through conversation. A grief support group can be a safe place to express feelings of anger, resentment and guilt along with feelings of sadness, loneliness and fear.

My husband Alex lost his first wife to lung cancer. When she died, like most widower caregivers, he experienced a lot of conflicting and simultaneous emotions. Feelings of loss, fear, loneliness and regret swirled continuously through his heart.

He was grieving the loss of his life partner and the mother of his children. He was also grieving the loss of the life they had planned to have together at this point. Their children were raised; he was at the peak of his career, and they were financially stable. So when he buried Amey, he also buried their plans for travel, adventure and fun. He didn’t know what his future would hold. He felt like he was too young to spend the rest of his life alone, but the idea of dating was absolutely terrifying.

Her death turned the rest of his life into a huge unknown, and that made him very, very angry. For years Alex and Amey had fought over her smoking. She tried many, many times to quit, but she was never able to give it up.

Alex was a community college president in New Mexico, and a few months after Amey’s death he was scheduled to speak at the American Association of Community Colleges Conference in Colorado about life – work balance. He had a typed speech in his briefcase.

As he left Albuquerque on I-25 and headed north, he started to talk to Amey. His conversation with her quickly turned into a rant. He pounded his fists on the steering wheel as he cried and yelled at her. He let her know that her refusal to quit smoking had taken her life and made a mess of his. It was a long drive, and he let it all out.

When he got to Breckenridge, he set his prepared speech aside and spoke to the other community college presidents from his heart. I’ve been told that there wasn’t a dry eye in the audience.

That was Alex’s first step to recovering from his loss. He then joined a hospice grief counseling program and learned that everything he was feeling and experiencing was normal. He met other caregiver widows and widowers who were having similar struggles. They shared their stories and learned coping strategies. Eventually Alex was able to move on.

ACCEPTANCE: The second step to developing an attitude of creative indifference toward grief is acceptance. The list of difficult things we have to accept after the loss of a loved one is practically endless. It includes things such as:

Maybe the place to start is with accepting the fact that there are a lot of contributing and complicating factors when it comes to grief. It can also help to accept the fact that each person experiences loss differently depending on the relationship they had with the deceased, their attitude toward death, their faith and numerous other factors.

Try to accept that wherever you are and whatever you are feeling is real. You heart has been broken and it will be up to you to decide when and how you want to start putting the pieces back together again.

Accept that this is a hard process and there are no shortcuts through it. Also accept that you don’t have to do it alone. There are grief counseling groups offered through Hospice organizations, churches, and many other institutions where you can share your story, your feelings and your fears in a safe and nonjudgmental environment.

ACTION: The third step in developing an attitude of creative indifference toward grief is ACTION. You may need to remind yourself fairly frequently that there is no cure for grief. It is a process. You don’t get over it, but with time and effort you can get through it.

You might want to eliminate the words “normal”, “expectation” and “judgment” from your vocabulary for a while. Wherever you are today, and whatever you are feeling right now is okay.

Many wonderful books have been written about grief. Elisabeth Kubler Ross is considered one of the foremost experts on the topic of death and dying. She defines the five stages of grief as denial, anger, bargaining, depression and acceptance. Her work is brilliant, and I believe it is common for most people to go through all of these stages, but it is also important to remember that every person’s path through grief is profoundly personal.

My husband said he felt like he was living on the rim of a spiral. There were days when he thought he was doing fine, and then he would hear, see, smell or think of something, and suddenly he would feel himself being sucked all the way down to the bottom of the spiral. In time, with the guidance he received through a Hospice grief counseling program, he spent less and less time at the very bottom. There were moments when he’d still get pulled down, but instead of plunging all the way to the bottom, he would land somewhere in the middle.

No one else knows your heart or the depth of your sorrow. Friends and family will try to console and encourage you. They may say some incredibly insensitive and stupid things in an attempt to help. So while you are trying to be patient with yourself, you might also try cutting them a little slack. This is a hard time, but trust that the intensity of your pain won’t last forever. You will never forget, but you can come through your grief and eventually reach a place of gratitude for the life you shared, for the love you received and gave, and for the strength you found to care for someone through the final stages of his or her life.