Does My Child Have Autism 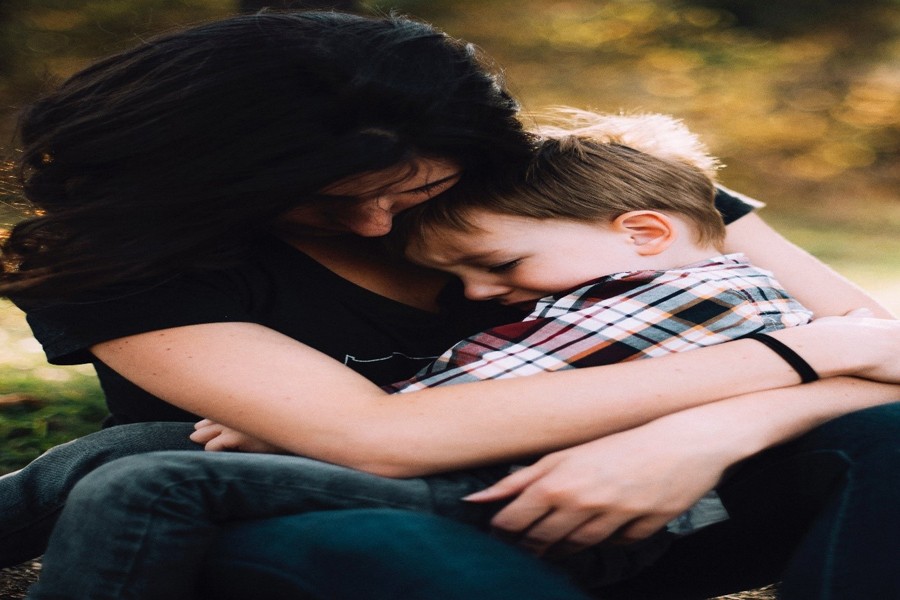 As a parent, you never want to believe that your precious bundle has a problem. But when it comes to autism, catching it early—ideally by the age of eighteen months—makes a huge difference. But no matter your child’s age, don’t lose hope. Treatment can reduce the disorder’s effects and help your child learn, grow, and thrive.

Autism is a spectrum of closely related disorders with a shared core of symptoms. Autism spectrum disorder appears in infancy and early childhood, causing delays in many basic areas of development, such as learning to talk, play, and interact with others.

The signs and symptoms of autism vary widely, as do its effects. Some children with autism have only mild impairments, while others have more obstacles to overcome. However, every child on the autism spectrum has problems, at least to some degree, in the following three areas:

There are different opinions among doctors, parents, and experts about what causes autism and how best to treat it. There is one fact, however, that everyone agrees on: early and intensive intervention helps. For children at risk and children who show early signs, it can make all the difference.

Melanie is a healthy one-year old, but her parents are worried about her development because she’s not doing many things that her older brother did at her age, like playing peek-a-boo and mimicking expressions and gestures. Melanie’s mom and dad try to engage her with toys, songs, and games, but nothing they do gets her interest, let alone a laugh or a smile. In fact, she rarely makes eye contact. And although her hearing has been checked and is normal, she doesn’t babble, make other baby noises, or respond when her parents call her name. Melanie needs to be checked out by a child development specialist right away.

How parents can spot the warning signs

As a parent, you’re in the best position to spot the earliest warning signs of autism. You know your child better than anyone and observe behaviors and quirks that a pediatrician, in a quick fifteen-minute visit, might not have the chance to see. Your child’s pediatrician can be a valuable partner, but don’t discount the importance of your own observations and experience. The key is to educate yourself so you know what’s normal and what’s not.

Monitor your child’s development. Autism involves a variety of developmental delays, so keeping a close eye on when—or if—your child is hitting the key social, emotional, and cognitive milestones is an effective way to spot the problem early on. While developmental delays don’t automatically point to autism, they may indicate a heightened risk.

Take action if you’re concerned. Every child develops at a different pace, so you don’t need to panic if your child is a little late to talk or walk. When it comes to healthy development, there’s a wide range of “normal.” But if your child is not meeting the milestones for his or her age, or you suspect a problem, share your concerns with your child’s doctor immediately. Don’t wait.

Don’t accept a wait-and-see approach. Many concerned parents are told, “Don’t worry” or “Wait and see.” But waiting is the worst thing you can do. You risk losing valuable time at an age where your child has the best chance for improvement. Furthermore, whether the delay is caused by autism or some other factor, developmentally delayed kids are unlikely to simply “grow out of” their problems. In order to develop skills in an area of delay, your child needs extra help and targeted treatment.

Trust your instincts. Ideally, your child’s doctor will take your concerns seriously and perform a thorough evaluation for autism or other developmental delays. But sometimes, even well-meaning doctors miss red flags or underestimate problems. Listen to your gut if it’s telling you something is wrong, and be persistent. Schedule a follow-up appointment with the doctor, seek a second opinion, or ask for a referral to a child development specialist.

Regression of any kind is a serious autism warning sign

Some children with autism spectrum disorder start to develop communication skills and then regress, usually between 12 and 24 months. For example, a child who was communicating with words such as “mommy” or “up” may stop using language entirely, or a child may stop playing social games he or she used to enjoy such as peek-a-boo, patty cake, or waving “bye-bye.” Any loss of speech, babbling, gestures, or social skills should be taken very seriously, as regression is a major red flag for autism.

Signs and symptoms of autism in babies and toddlers

If autism is caught in infancy, treatment can take full advantage of the young brain’s remarkable plasticity. Although autism is hard to diagnose before 24 months, symptoms often surface between 12 and 18 months. If signs are detected by 18 months of age, intensive treatment may help to rewire the brain and reverse the symptoms.

The earliest signs of autism involve the absence of normal behaviors—not the presence of abnormal ones—so they can be tough to spot. In some cases, the earliest symptoms of autism are even misinterpreted as signs of a “good baby,” since the infant may seem quiet, independent, and undemanding. However, you can catch warning signs early if you know what to look for.

Some autistic infants don’t respond to cuddling, reach out to be picked up, or look at their mothers when being fed.

Your baby or toddler doesn’t:

The following delays warrant an immediate evaluation by your child’s pediatrician:

By 6 months: No big smiles or other warm, joyful expressions

By 9 months: No back-and-forth sharing of sounds, smiles, or other facial expressions

By 12 months: Lack of response to name

By 12 months: No babbling or “baby talk”

By 12 months: No back-and-forth gestures, such as pointing, showing, reaching, or waving

By 16 months: No spoken words

By 24 months: No meaningful two-word phrases that don’t involve imitating or repeating

Signs and symptoms in older children

As children get older, the red flags for autism become more diverse. There are many warning signs and symptoms, but they typically revolve around impaired social skills, speech and language difficulties, non-verbal communication difficulties, and inflexible behavior.

Basic social interaction can be difficult for children with autism spectrum disorder. Many kids on the autism spectrum seem to prefer to live in their own world, aloof and detached from others.

Signs of speech and language difficulties

Children with autism spectrum disorder have difficulty with speech and language. Often, they start talking late.

Children with autism spectrum disorder have trouble picking up on subtle nonverbal cues and using body language. This makes the “give-and-take” of social interaction very difficult.

Children with autism spectrum disorder are often restricted, inflexible, and even obsessive in their behaviors, activities, and interests.

Until recently, most scientists believed that autism is caused mostly by genetic factors. But groundbreaking new research indicates that environmental factors may also be important in the development of autism.

Babies may be born with a genetic vulnerability to autism that is then triggered by something in the external environment, either while he or she is still in the womb or sometime after birth.

It’s important to note that the environment, in this context, means anything outside the body. It’s not limited to things like pollution or toxins in the atmosphere. In fact, one of the most important environments appears to be the prenatal environment.

Prenatal factors that may contribute to autism

Taking antidepressants during pregnancy, especially in the first 3 months

The age of the mother and father

Complications at or shortly after birth, including very low birth weight and neonatal anemia

Exposure to chemical pollutants, such as metals and pesticides, while pregnant

More research on these prenatal risk factors is needed, but if you’re pregnant or trying to conceive, it can’t hurt to take steps now to reduce your baby’s risk of autism.

Reducing the risk of autism: Tips for expectant mothers

Take a multivitamin. Taking 400 micrograms of folic acid daily helps prevent birth defects such as spina bifida. It’s not clear whether this will also help reduce risk of autism, but taking the vitamins can’t hurt.

Ask about SSRIs. Women who are taking an SSRI (or who develop depression during pregnancy) should talk with a clinician about all the risks and benefits of these drugs. Untreated depression in a mother can also affect her child’s well-being later on, so this is not a simple decision to make.

Practice prenatal care. Eating nutritious food, trying to avoid infections, and seeing a clinician for regular check-ups can increase the chances of giving birth to a healthy child.

While you can’t control the genes your child inherits, or shield him or her from every environmental danger, there is one very important thing you can do to protect the health of your child: make sure he or she is vaccinated on schedule.

Despite a lot of controversy on the topic, scientific research does not support the theory that vaccines or their ingredients cause autism. Five major epidemiologic studies conducted in the U.S., UK, Sweden, and Denmark, found that children who received vaccines did not have higher rates of autism. Additionally, a major safety review by the Institute of Medicine failed to find any evidence supporting the connection. Other organizations that have concluded that vaccines are not associated with autism include the Centers for Disease Control and Prevention (CDC), the U.S. Food and Drug Administration (FDA), the American Academy of Pediatrics, and the World Health Organization (WHO).

What to do if you’re worried

If your child is developmentally delayed, or if you’ve observed other red flags for autism, schedule an appointment with your pediatrician right away. In fact, it’s a good idea to have your child screened by a doctor even if he or she is hitting the developmental milestones on schedule. The American Academy of Pediatrics recommends that all children receive routine developmental screenings, as well as specific screenings for autism at 9, 18, and 30 months of age.

Schedule an autism screening. A number of specialized screening tools have been developed to identify children at risk for autism. Most of these screening tools are quick and straightforward, consisting of yes-or-no questions or a checklist of symptoms. Your pediatrician should also get your feedback regarding your child’s behavior.

See a developmental specialist. If your pediatrician detects possible signs of autism during the screening, your child should be referred to a specialist for a comprehensive diagnostic evaluation. Screening tools can’t be used to make a diagnosis, which is why further assessment is needed. A specialist can conduct a number of tests to determine whether or not your child has autism. Although many clinicians will not diagnose a child with autism before 30 months of age, they will be able to use screening techniques to determine when a cluster of symptoms associated with autism is present.

Helping Your Child with Autism Thrive: Parenting Tips and Treatments That Can Help