Loved Ones with Aphasia 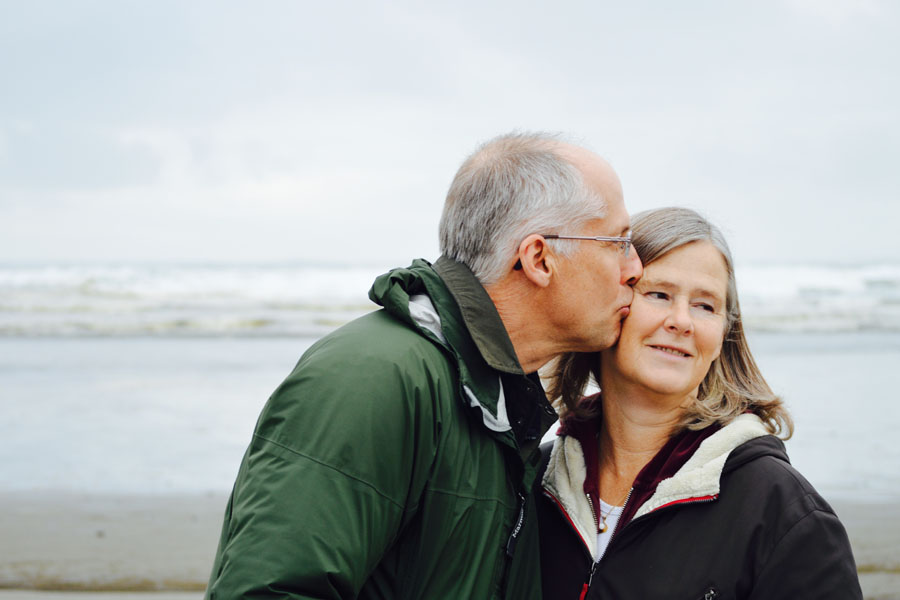 That’s Aphasia: a language disorder that results from damage to parts of the brain. It can affect all modes of language including speaking, writing, gesturing, understanding what others say, understanding writing, and using numbers. Aphasia often hides people’s thoughts, ideas, personality, intelligence and competence – they know what they want to say, but can’t always get the words out.

Stroke is the leading cause of aphasia; however, it also can result from brain tumors, head injuries, brain infections, and other conditions of the brain.

People who suffer from aphasia can have difficulty understanding others, particularly strangers. Or, they can follow the gist of a conversation, but lose track easily, or forget the beginning of a message before reaching the end of it. They may be able to say individual words, or parts of words, but struggle to complete the entire word or sentence. Or, they may speak nonsense quickly. And background noise or lively conversation among a group of people can really exacerbate the difficulty they have understanding conversations.

“Many times, too, a person with aphasia is so focused on themselves, they are unable to see that their caregiver is overwhelmed. The person with aphasia can’t help it; they’ve lost a lot of control in their lives between the loss of communication and physical disabilities. They are just trying to survive,” says Mimi Block, M.S., CCC-SLP, clinical services manager, University of Michigan Aphasia Program.

“And even if they could recognize how much their caregiver is dealing with, they cannot express their gratitude or appreciation,” she added.

It can be an enormously frustrating condition, for both the individual and the caregiver.

The University of Michigan Aphasia Program (UMAP) is the oldest and most effective program of its kind in North America for the treatment of aphasia. Established in 1947 to assist World War II veterans who sustained injuries in combat, UMAP has successfully treated thousands of individuals, offering as much speech-language therapy during a six-week session as a person would receive in one year of traditional therapy.

Caregiver education and support is a critical component of the UMAP.

This past summer, UMAP gave Robin Cox, wife of a (retired) National Guard Lieutenant Colonel with aphasia, the tools to help her husband with his therapy and the insight to help herself as his caregiver. Her husband Mark suffered a stroke in March 2009, just 30 days before he was due to be deployed to Afghanistan.

“I know it’s a cliché, but UMAP taught me this is not the end of the world, there is light at the end of the tunnel, and the little progress we make each day brings us that much closer to our goals,” Robin Cox said. “And those little improvements are exponentially more important for the caregiver,” she added. “They bring us ten times the joy.”

One morning, not too long ago, Mark found his glasses after looking for them for quite some time.

“He said, ‘I found them’ and I said, ‘Say that again!’ and he did! And then I made him say it again. It was one whole, complete sentence. It’s those little moments you must celebrate,” Cox said.

“Ongoing education is essential for the well-being of the loved one with aphasia and all the family members,” Block says. “The caregiver needs to connect with the speech-language pathologist who sees their loved one to learn about aphasia and specific techniques to communicate with him or her.”

To prompt conversation, Block encourages caregivers to use “topic cards,” which are lists of words or pictures—like family, sports, friends, birthdates, hobbies, maps, a calendar—as a starting point to determine what the person wants to talk about.

“There’s also the WH Chart—who, what, when, where and why, that can be used to get the person thinking in terms of sentence structure,” Block said. “The more information that’s available to them, the more successful they will be.”

One night when Mark Cox was trying to tell his wife Robin to change his schedule that week, she said they both “went round and round and round, and started to get flustered” until she resorted to using a calendar and writing down days of the week and appointments to clarify what her husband was trying to do.

“You have to keep digging to find the right way to get the point across,” Robin Cox says. “It’s more than just talking. You can use pictures, calendars or write words on paper. You’ve got to take a deep breath and be patient. Yelling isn’t going to do it. You have to try all of your options.”

UMAP also encourages caregivers to be advocates for their loved ones, providing them with the encouragement and motivation to continue on the road of recovery with realistic goals and expectations, and a better ability to communicate in their day-to-day living.

Lulu Smith, whose husband Louis suffered a stroke in 2005 and has aphasia, is in two therapy programs, including UMAP. She accompanies Louis to all of his therapy sessions, and either watches them or participates in them directly.

“I watch to see what the therapists are doing, and I insert their techniques into our daily routine at home,” she said.

Lulu Smith also tries to keep their lives as normal as possible. Louis is a legendary jazz trumpeter with an international reputation and many major recordings, and she regularly takes him to jazz festivals and clubs where he can interact with other musicians. They’ve always been great travelers, she said, and they go to Paris in October each year and to Mexico for two months in the winter.

“I never get someone to ‘sit’ with him. We’ve always done things together,” she said.

Robin Cox recently encouraged her husband to go with her to their 11-year-old son’s football game.

“He didn’t want to go at first. Since he had his stroke, he’s lost some endurance, too. But he ended up staying for the whole game. I think Mark realized he can socialize, and he can talk with others—not just his wife, his brothers, or people who are close to him. Physically, he was tired, but it was great for his spirit.

“He was put out of his comfort zone. I think that’s what a caregiver does. We try this, and if it doesn’t work, we’ll try something else,” Cox said.

“It is so important to keep trying,” says Joyce Zeigler, whose husband Mack suffered a stroke in 2004 and who has participated in two UMAP sessions in 2006 and 2008.

“Mack continues to make progress. I encourage people with aphasia and their loved ones to be patient and have hope. Mack and I have faith that more progress is in his future. We take it a day at a time and look forward to each day.”

Lulu Smith adds, “You must understand it takes a long time to have success. You have to keep working and working, and never give up. You’ve got to stick with it.”